Why I Hate The Biggest Loser: A Miserable Way to Lose Weight 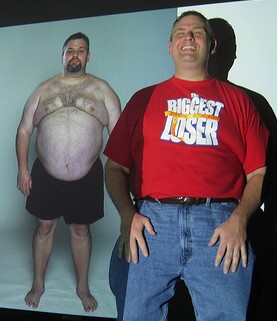 The premise of The Biggest Loser is pretty straightforward. Take a group of morbidly obese Americans, isolate them on a ranch and put them through a rigorous diet and exercise program/competition to see who can lose the most weight and win the curiously backhanded title of Biggest Loser. With approximately 34 percent of US adults classified as obese and an additional 34 percent classified as overweight [source CDC], you would think that anything that inspires people to lose weight would be a positive thing. I’ll talk about the positives in another post, "Why I Love The Biggest Loser," but today, let’s look at what’s not to love.

As I mentioned at the start of this post, I have a love/hate relationship with this show, and today’s post is only about the hate part. Tomorrow we’ll see why I love The Biggest Loser. What do you think about the show and others like it? Share your thoughts in the comments!